Like every exciting month of 2019, this month also Amazon Prime Video coming up with various interesting original movies and TV shows that treat its fans with some top-class entertainment. Undoubtedly, this streaming channel like its other popular movies and TV series of 2019 The Boys, Good Omens, The Man in the High Castle, The Grand Tour, Bosch, Goliath, and Fleabag, crashes its fans door in Christmas with some refreshing content. Continue to Read Prime Video Release Calendar.

So, get ready for the journey of fun and enjoyment this December by watching the best original movies and TV series coming on Amazon Prime.

Amazon’s The Marvelous Mrs. Maisel was renewed for the third season. The teaser trailer of the series shows Midge who goes on tour with Shy Baldwin. On the other hand Susie; performing for a huge gathering of troops; and getting along swimmingly with her ex-husband, Joel. The first look on Sterling K. Brown’s character and the new season of the series sounds amazing and exciting, just like Season 1 and Season 2 or even more.

Get ready to watch the educational animated television series “Clifford the Big Red Dog” with your kids at Amazon Prime Video. Based on Norman Bridwell’s book series of the same name, this new series is the reboot of the 2000 series. Although most information about its storyline is not released yet, Scholastic announced that the series will be premiere on December 7, 2019, on PBS kids and Amazon Prime.

Based on James S.A. Corey, Expanse Season 4 is just like Game of Thrones in space, developed by Mark Fergus and Hawk Ostby. This new season moving with its old historical allegory and real-world parallels dig the politics of space colonization. Its interesting new trailer shows the tensions increasing between the Earthers, Belters, and Martians.

The last one laughing is an interesting comedy show of Amazon Prime Video that is coming with a new season. In this reality show, Mexican comedians are live in a house together and try to become the last ones to be made to laugh by their fellow competitors. The releasing date of this interesting Amazon show is not revealed yet but it will surely drop in Christmas month this year. 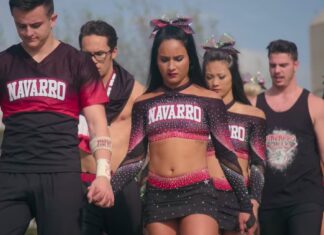