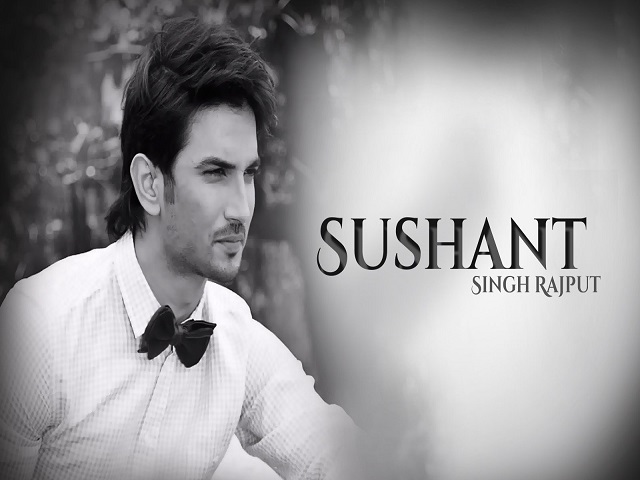 Today marks one year since the death of Sushant Singh Rajput. We all felt sad after hearing about his demise on the date of 14th June 2020. We’ve always been amazed by his ability, whether it’s acting or scientific understanding. Everything about him is breathtaking. Everyone is interested in learning more about him. Early in his career, he had a string of hit blockbusters. Everything about his life, including which movies he dropped and why. Everyone is curious to learn more about Sushant Singh Rajput Movies as well.

So, that’s why here I am presenting everything about Sushant Singh Rajput. All of your questions will be the answer. I address his personal life, work, and other subjects in this area. So, if you’re interested, read all the way to the conclusion.

Sushant Singh Rajput (January 21, 1986 – June 14, 2020) was an Indian actor who was most recognized for his performance in Hindi films. Krishna Kumar Singh and Usha Singh were his parents, and he was born in Patna, Bihar. His father worked for the Bihar State Handloom Corporation in Patna as a retired technical officer. He acquired the moniker Gulshan since he was the youngest of five siblings.

Rajput won the National Olympiad in Physics and was a keen reader with a strong interest in astronomy. He was accepted into the Delhi College of Engineering to study mechanical engineering for a Bachelor of Engineering degree. Rajput claims that he had no interest in engineering but that his family forced him to do so, leaving him disappointed. Instead, he aspired to be an astronaut and eventually an air force pilot, but he was also a fan of Shah Rukh Khan and was interested in Bollywood.

Rajput engaged in Shiamak Davar’s dancing courses at the Delhi College of Engineering throughout his studies. Soon after, he started taking acting training with Barry John, a theatrical director. He danced as a background dancer in Dhoom 2’s Dhoom Again song and Ashwariya Rai’s performance at the 2006 Commonwealth Games closing ceremony. Rajput dropped out of his engineering career in his fourth year to pursue a career in the arts and performing. He then relocated to Mumbai.

While working at the Prithvi Theatre, Rajput was seen by a Balaji Telefilms casting crew. In 2008, he cast as a second lead in the television series Kis Desh Mein Hai Meraa Dil after being summoned for an audition. The performance had left an impact on producer Ekta Kapoor, who pushed for him to be cast as the lead in another show, Pavitra Rishta, against the hosting channel Zee TV’s objections.

Rajput played Manav Deshmukh in Pavitra Rishta, a part that said to be a breakthrough for him and for which he received several television accolades, including his first win for best actor at the Indian Television Academy Awards in 2010. Mukesh Chhabra, the casting director of Kai Po Che!, saw Rajput in 2011. Rajput signed by Raj Kumar Hirani for a role in the satirical drama PK, starring Aamir Khan, before his debut film Kai Po Che! was released. Detective Byomkesh Bakshy! announced a collaborative venture between Yash Raj Films and Dibakar Banerjee Productions in June 2013.

Sushant Singh Rajput was named as the actor who will play M.S. Dhoni in the biopic M.S. Dhoni: The Untold Story, directed by Neeraj Pandey, on September 25, 2014. It went on to become the year’s fifth highest-earning Bollywood film. Rajput was nominated for several significant prizes for his performance, including the Filmfare Awards.

What is Sushant Singh Rajput’s most recent film?

Dil Bechara, the final project of late actor Sushant Singh Rajput. As a memorial to the late actor, the film will be accessible on the streaming platform Disney+Hotstar on July 24, 2021. It was available to both subscribers and non-subscribers.

The film’s title properly captures the core of the narrative. Did you know that the film’s original title was Kizie Aur Manny and that it was released in 2018? The title inspired by the names of the main characters in the film. Manny, also known as Immanuel Rajkumar Junior, played by late actor Sushant Singh Rajput, while Sanjana Sanghi played the titular Kizie Basu. However, Dil Bechara was chosen as the final title by the filmmakers.

You may learn more about him by following him on Instagram and looking at the things he posts. @sushantsinghrajput

The following is a list of all of Sushant Singh Rajput’s tv series, along with their premiere years.

The list below includes all of Sushant Singh Rajput’s films, as well as their release years.

Sushant had mentioned in a previous encounter that his name included the name of his mother, Usha.

Sushant was extremely close to his mother, and her death in 2002 saddened him. This occurred shortly after he completed his 12th-grade board examinations.

With his role in Pavitra Rishta, Sushant became an instant sensation. However, he did not make his television debut on Ekta Kapoor’s show. He made his acting debut in the film Kis Desh Mein Hai Dil Mera as Preet Juneja.

Sushant won the Physics Olympiad at the national level. He has passed eleven engineering entrance tests. He left out of Delhi School of Engineering after three years to pursue his goal of becoming an actor. In 2003, he ranked 7th in the AIEEE.

Sushant began guitar lessons for a part that never occurred since he obsessed with his instrument till his final day in life. The film never got off the ground. On the other hand, the guitar remained. He was a zealot when it came to his guitar tuition.

Because the character was depicted to be wandering through the Chambal Valley without basic facilities, he stayed unclean and wearing the same clothing and sneakers throughout the filming of Sonchiriya.

Sushant, who fascinated by astronomy, had even purchased land on the moon, in the blind region known as the Sea of Muscovy. He’d also bought a high-tech telescope, which he planned to use to gaze over his property as well as study the Saturn rings in orbit for hours. He even studied a lot about space and kept up with new technology as they were developed. Sushant had even visited NASA to prepare for his next role as an astronaut.

So, you’ve learned a lot about Sushant Singh Rajput and his movies, among other things. He was the type of person who wanted to try everything in his life. We told him he was the most enthusiastic person we knew. And, today is the first anniversary of his passing. We all hope he’s pleased where he is right now.

This site uses Akismet to reduce spam. Learn how your comment data is processed.

We are trying to deliver best content on Entertainment like in Netflix, Movies and Series to watch next