Alice Hoffman family witch saga of 1998 shows two sisters quiet Sally and fiery Gillian Owens who rise by their aunts after their father’s death in a small town. The aunt taught them the use of practical magic. But as a part of Owens family both of them under a family curse that any man they love in their life will, unfortunately, meets to ultimate death. Both of them try to rectify the curse with their powers and fall in love with someone.

Sounds interesting! If yes, then once again watch the witches’ fantasy TV series on your favorite channel HBO.

#What is going to happen in this new HBO TV show?

Talking about the show “Rules of Magic”, an epic family television show is set in 1960s New York City. It features a trio of siblings- two sisters and one brother who struggles with abnormalities that have kept them isolated.

As a part of witches’ family, three of them deal with grief, war and dark magic and most importantly century’s old curse that prevents them from finding love. While the two sisters become revered and sometimes feared in the novel “Practical magic”, their brother leaves an unexpected legacy.

This comedy-fantasy series season one comprises of 10 episodes of one hour.

Although the whole cast is not revealed yet, this new television show is run by Melissa Rosenberg and Dana Baratta, of Marvel’s Jessica Jones.

In this interesting and popular series, the eccentric aunts Franny and Jet are played by Stockard Channing and Dianne Wiest.

Release date is not revealed yet but it is expected that this new HBO television series will be premiered in spring 2020.

10 Most Popular web shows that completed its journey in 2019

HBO Superhero drama “Watchmen” is out: Don’t forget to watch its episodes

Succession: HBO Drama is coming back with all episodes in Season 3

Shikha Gupta - February 24, 2020
0
After 2019 best shows Shrill, Pen 15, The Act, Hulu bring something special for its fans in 2020 that is High Fidelity. The romantic comedy television series developed by Veronica West and...
Read more

Shikha Gupta - February 24, 2020
0
Netflix has released various original web series for its fans. Out of which, some of the best and top-rated series are listed below in this blog. 1. Godless
Read more 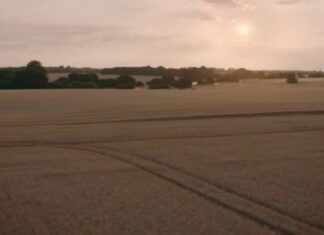