Brand, not become brand in just one day, behind that various people put their efforts and energy to make it a recognizable name. These people change the perception of people towards the brand and increase its strength.

Interbrand, a brand consultancy firm has released a list of the names of the top 10 brands in the world that achieve huge success and a good position in 2019. They decide the position on three important factors- brand strength that includes factors like Brand positive behavior, brand value to its own company and brand future goals, economic profit and Brand ability to create loyalty in the future.

In the list of the world’s best brands in 2019, the first position is achieved by technology star “Apple”. With a capitalization of approximately $1 trillion, the tech king has defeated the top best brands Google, Disney and many more. Compare to last year, this year it grew 9% through the latest technology and valuable products. It also launches a top ad-free video-on-demand web television service Apple Plus. The brand value of Apple is $234.2 million.

The second leading name in the world’s best brands is Google. With a market capitalization of approximately $869 billion, Google maintains its dominance in the world’s household names. The brand with a brand value of $167.7 million is known for its quality and extraordinary features around the world.

Another name in the list of the world’s top is Amazon. Jeff Bezos’ biggest brand with a market capitalization of approximately $885.3 billion is known for its strengths such as presence, responsiveness, and relevance. The brand with a brand value of $125 million, grew 24% last year due to its various valuable products and entertaining sector.

Out of the top five brands in the world, Microsoft achieved the fourth position in the list. With a market capitalization of approximately $1 trillion, Bill Gates and Paul Allen Company grew 17% from last year due to responsiveness, clarity, and relevance. It increases its dominance in personal computer operating system market. It’s brand value is $108.8 million.

Coca-cola, a soft drink manufacturing, and marketing company due to its authenticity, commitment, and presence attains the fifth position in the list of top brands of 2019. The company with a market capitalization of approximately $235,235 million is known for its flagship product Coca-cola. It’s brand value is $63.4 million.

Another technical giant the achieve place in the top 10 world’s best brands is Samsung. With a market capitalization of approximately $284 billion, the company is known for its authenticity, relevance, and responsiveness. Its brand value is approximately $61 million and it grew 2% in 2019 as compared to last year’s data of the company.

Toyota, a brand name in the car industry that is known for its innovation, authentication, relevance, and presence, achieves the seventh position in the top world’s brand list. With a market capitalization of approximately $222 billion, this Japanese company founded by Kiichiro Toyoda has grown 5% as compared to last year. It’s brand value is $56.2 million in the marketplace.

Mercedes-Benz, a global automobile marque known for its luxury vehicles like buses, ambulances, coaches has a market capitalization of approximately $23.36 billion. Owned by Daimler AG, the brand has grown 5% compared to last year due to its responsiveness, quality product, commitment, innovation, and relevance. It’s brand value is $50.8 million.

McDonald’s, one of the best fast-food companies that offer various interesting and delicious food combos to its customers, achieve a ninth position in the list of top world’s brands. Found by Richard Maurice McDonald, the company, as per Interbrand, known around the world for its presence, commitment, and differentiation. With a market capitalization of approximately $158.5 billion, the brand is constantly growing. Its brand value is increased to $44.53 million as compared to other food brands.

Disney, a brand which we know since childhood, gets stronger every year, due to commitment, presence, innovation, and differentiation. With a market capitalization of approximately $240.2 billion, the company grows its value by launching a new streaming channel “Disney Plus”. Its brand value has increased to $44.3 million due to its popular movies such as Toy Story 4, Frozen 2, Avengers Endgame, Incredible 2, The Lion King and others.

Know everything about your favorite online streaming giant: Netflix 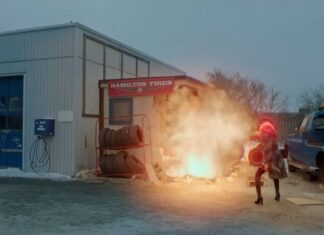 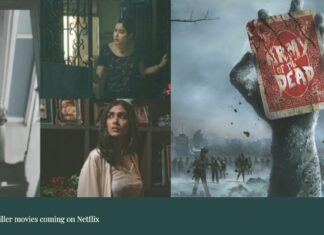 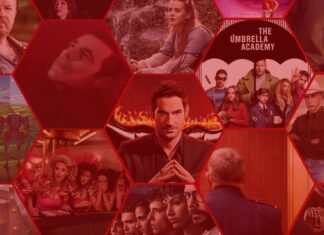