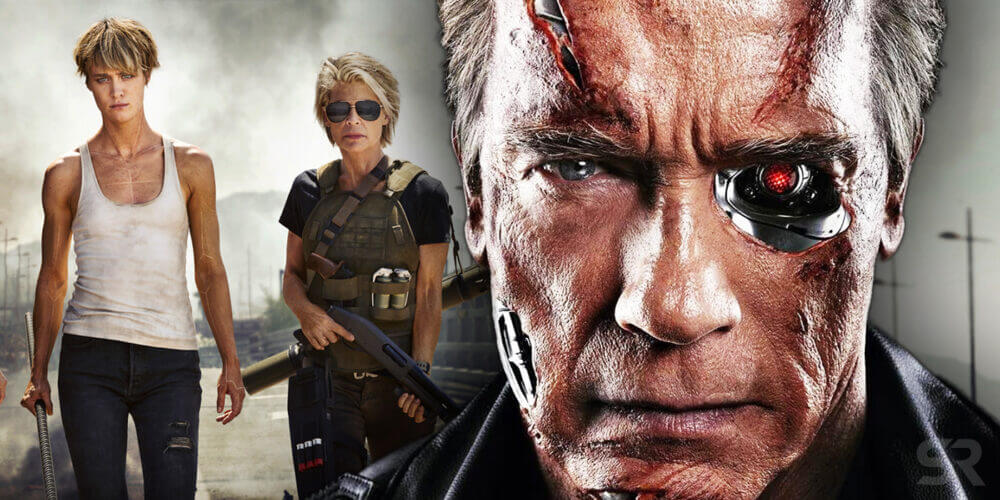 A new upcoming part of the terminator series is on the way, the new part “Terminator: Dark Fate” will be released in November 2019.

We all are excited because of this news as these series is one of the best science fiction movies since 1984.

The first movie made a huge success after two week from being released.

“Terminator: Dark Fate” will be the 6th part in this series.

The director of “Terminator: Dark Fate” is Tim Miller.

The social media is on fire after Ariana’s Grande new single.

Piracy has been bothering HBO.

In May 2017, Schwarzenegger confirmed he will appear in the next Terminator film.

In 2018, it was announced that Linda Hamilton will role as Sarah Connor again. She took the same role in the first two Terminator films.

Later on March 2018, it was announced that Mackenzie Davis is talking part in the new “Terminator: Dark Fate” movie.

Moreover the primary characters are going to be Diego Boneta, Natalia Reyes and Gabriel Luna.

Will Smith is rebuilding his relationship with his eldest

The filming unfortunately was delayed as a result to a problem with casting as it was supposed to start in March,2018.

Junkie XL in fact will be the score composer of the film.

undoubtedly the score will be amazing since Junkie XL is the composer of Batman v Superman: Dawn of Justice, as well Deadpool.

Obviously with their casting, director and the music score composer “Terminator: Dark Fate” will turn out as a master piece.

we are looking forward to November to see the results with our own eyes.

The Forgotten Army: Streaming on Amazon Prime on Republic Day Watch and download it

Treadstone Streaming on Prime Video: Watch and Download it

Netflix Horror Series “Ares” Streaming: Where You can Watch online and download (2020)

Shikha Gupta - January 24, 2020
0
Amazon Prime Video is a library of various good movies and television shows. Here, we list out all the best and popular...

Treadstone Streaming on Prime Video: Watch and Download it

Shikha Gupta - January 24, 2020
0
Movies are the best source of entertainment and if it is available on your favourite streaming channel then nothing is best than this.  Prime video, one of the best...
Read more

Netflix Horror Series “Ares” Streaming: Where You can Watch online and download (2020)

Shikha Gupta - January 21, 2020
0
Netflix, one of the popular streaming giant release various movies and original shows of different-different genre every year. In 2019, also it releases various superb originals especially in horror streams such as...
Read more

The Forgotten Army: Streaming on Amazon Prime on Republic Day Watch and download it

Shikha Gupta - January 22, 2020
0
Amazon Prime is coming up with various new exciting movies and original shows in 2020. The streaming giant has line-up various originals, movies, and shows for its Indian, American, German, Japanese and...
Read more